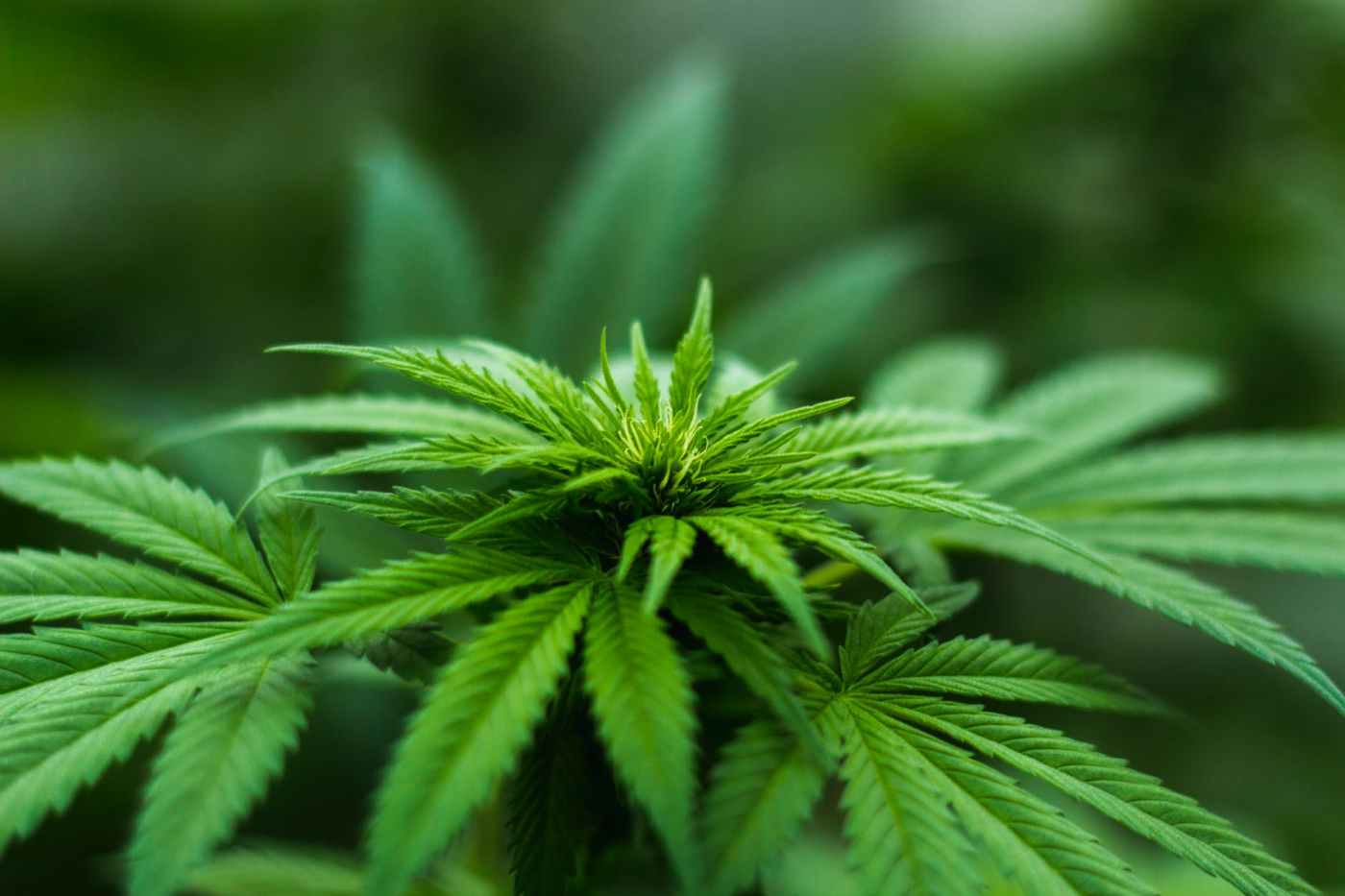 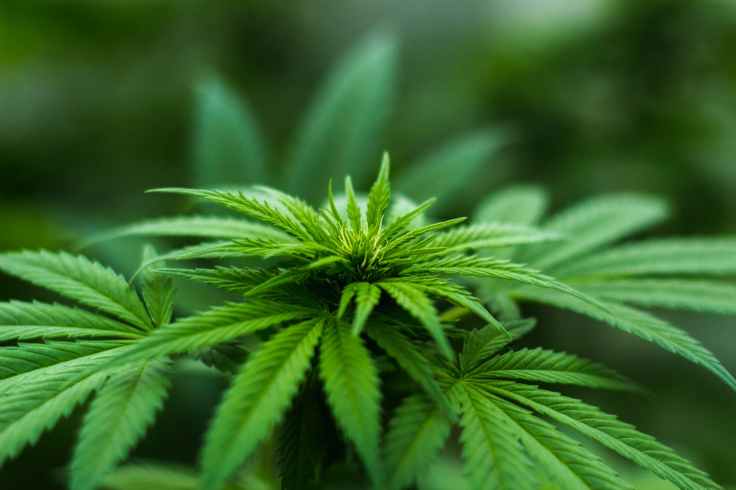 These questions and more can easily be answered from a biblical standpoint, but I will first point out that I am neither for nor against recreational use, but completely support the use medically. Furthermore, I, having no ailments that would require the use of medical marijuana, do not partake in any forms of its use. Therefore, my stance on it will completely be guided by the Word of God and the history of its use.

Per the CDC website, “Marijuana, which can also be called weed, pot, dope, or cannabis, is the dried flowers and leaves of the cannabis plant. It contains mind-altering (e.g., psychoactive) compounds like tetrahydrocannabinol, or THC, as well as other active compounds like cannabidiol, or CBD, that are not mind-altering.” https://www.cdc.gov/marijuana/faqs/what-is-marijuana.html

What we need to pay special attention to in this description is the phrase “dried flowers and leaves of the cannabis plant.” Therefore, what marijuana boils down to is simply a plant, which brings us to the next question.

Is it a sin for a Christian to participate concerning Marijuana?

The answer to this question is Yes and No. Let me explain. First we’ll look at the argument “No, it’s not a sin.”

In Genesis 1:29 it says, “God said, Behold, I have given you every herb bearing seed, which is upon the face of all the earth, and every tree, in the which is the fruit of a tree yielding seed; to you it shall be for meat (KJV).” Meaning, every tree and plant that is edible can be eaten with no condemnation.

This questions can also be answered using simple common sense. The only fruit God forbade man to eat was of the Tree of Knowledge of Good and Evil, therefore everything else was free game without condemnation, i.e.  Not a sin.

God created Marijuana and it has been on this earth since the beginning, and there’s tons of evidence on how widely used it was in human history since bible times. It was only until the 1900’s that this plant (I stress plant) was considered a drug and outlawed. Before 1937, it was being used for thousands of years without a second thought of it’s biblical consideration.

So what happened? Why the the sudden change in outlook on the Marijuana plant in the 1900’s? I could write an entire blog post on why, but to put it simply, it was because of monetary gain. In the late 1700’s Hemp textiles (a product of the marijuana plant) were the United States leading export and prices began to skyrocket. Everything was made from this plant, from clothes, to paper, to rope. Even our Declaration of Independence was written on Hemp paper. But later in the Industrial Revolution, a company you’re probably all too familiar with sprang up in July 1802 that began to produce synthetic textiles like, nylon rope, paints, and you guessed it, paper; the tree form. This company’s name is DuPont, named after E.I du Pont de Nemours. To compete in this industry when everyone was still using Hemp, the company attacked the plant using smear tactics associating the Marijuana plant with slaves, immorality, and classifying it as a dangerous substance without proof. It didn’t take long before the U.S Hemp market crashed, and the tree from of paper, still used today, became the standard. In 2014, DuPont merged with the Dow Chemical Company and is now the world’s larges chemical company today. Fast forward to 2018, multiple research studies have shown the plant has never been “dangerous” but medicinal, and its classification as a drug is slowly but surely being disregarded as fiction.

I previously stated that the answer to: Is it a sin for a Christian to participate concerning Marijuana? is Yes and No. Therefore, we’ll look in what circumstances partaking in Marijuana activities would be considered a sin.

The first of the few reasons I believe partaking in Marijuana would be considered a sin is if it’s smoked. If we refer back to Genesis 1, the bible specifically says we have the plants to eat for meat, not to inhale as smoke.

Per the CDC website sited above, “Smoke from marijuana contains many of the same toxins, irritants, and carcinogens as tobacco smoke.” Therefore, smoking it can lead to pulmonary diseases which contradicts what the bible teaches regarding care of our bodies. First Corinthians 6:19 says our bodies are a temple of God and our bodies are not our own. Meaning, they should be taken care of, and pumping a temple full of harmful carcinogens is not righteous care in God’s eyes. Simply put, Marijuana is only a sin if partaken in any other way than how it was designed, which is to be ingested like any other plant. Furthermore, there are multiple studies that show burning Marijuana changes the chemical compounds of the plant which contribute to the vast majority of the psychoactive effects. Hence, eating it is much healthier and more beneficial than any other way of its use.

The second reason it would be a sin is due to modification of the plant. If a Christian decides to participate, they should make sure the Marijuana is not modified, or laced with any other substance. This commercial world has a history of taking something completely natural, and either modifying it or adding things that were not part of the original design. One should be especially careful in this regard, because the more Marijuana grows popular, there will be companies adding and modifying it for monetary gain. For example, Tobacco companies adding chemicals to make tobacco even more addictive. My advice is stick to organic non modified forms of the plant.

Thirdly, the bible teaches that anything in a Christian’s life that becomes more important than God is considered sin. So even if ingesting Marijuana is completely within a Christians right to do, if it interferes with your relationship with Christ or puts a strain on you or your family, it’s considered sin. For example, even in states that have legalized recreational use, many companies still have policies in place that forbid the employees to use marijuana. Therefore, if a Christian has a job that forbids the use, I suggest NOT to partake, because this could cause financial jeopardy to the Christian and his/her family if they’re terminated because if it. I also don’t advise Church leaders to partake in it’s use because it’s still taboo to most Americans and this could cause division and strife in the church. Psalms 1:1 says to not stand in the way of sinners, which means, don’t let your testimony hinder a non believer turning to Christ. If a non believer considers Marijuana a sin, it could hurt their view of Christ, so it’s best not to boast the use. And lastly, I would stress moderation. Remember, anything on this earth can become addictive, including marijuana. Humans have formed addictions from foods to clothes and everything in-between. If one has an addictive personality, I don’t suggest the use. In sum, even though Christians involvement with Marijuana is biblically not a sin, they should be cautious and conscious when it comes to it’s use and the effect it may have on their daily lives and their testimonies.

Ultimately, the main reason this viewpoint is so hard to stomach by Christians is the simple fact there’s still man-made laws criminalizing Marijuana. My response to this is, many things are legal that are against God, and many things are illegal that are freely given by God. For example, abortion is specifically against the bible yet abortion is legal for many. Same sex marriage was illegal for centuries and is now legal by man. The bible specifically mentions the dangers of alcohol, yet, alcohol is widespread due to its legality. There are laws against fishing without a license yet fishes are a free gift of God. There are laws against collecting rainwater when rain is a free gift of God. Christians should always understand that when man’s laws clash against God’s, God’s laws should always be followed first, not man’s.

One thought on “Marijuana Legalization and the Christian”